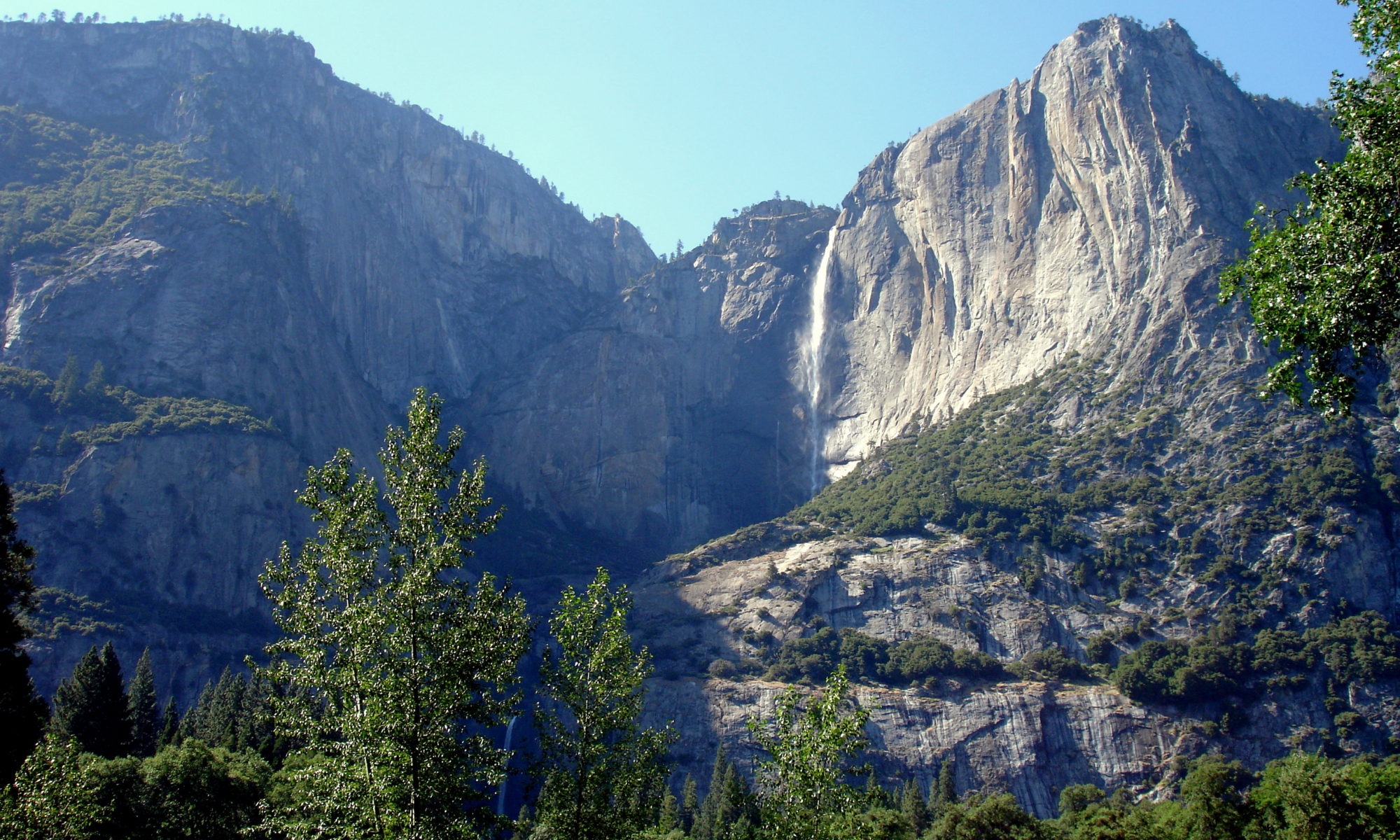 Before we went up to the meadows we hired a raft for a three mile ride down the Merced river. This was cool craic and really enjoyable down the river, stopped for a swim too.

We got the bus up to Tuolumne Meadows which is fantastic although at 8,600ft it’s tough at first on the lungs and got cold at night. The meadows are really nice although it was very dry last winter, the ranger said they only got 28% of normal snow fall. This has reduced the usually flower coverage of the meadows.

Up in the meadows we just relaxed as the altitude took a while to get used to but we managed a hike around the meadows which is more of a walk. Also we hiked up Lembert Dome which is at 9,450ft (2,880m), but only about 800ft up from the meadows. 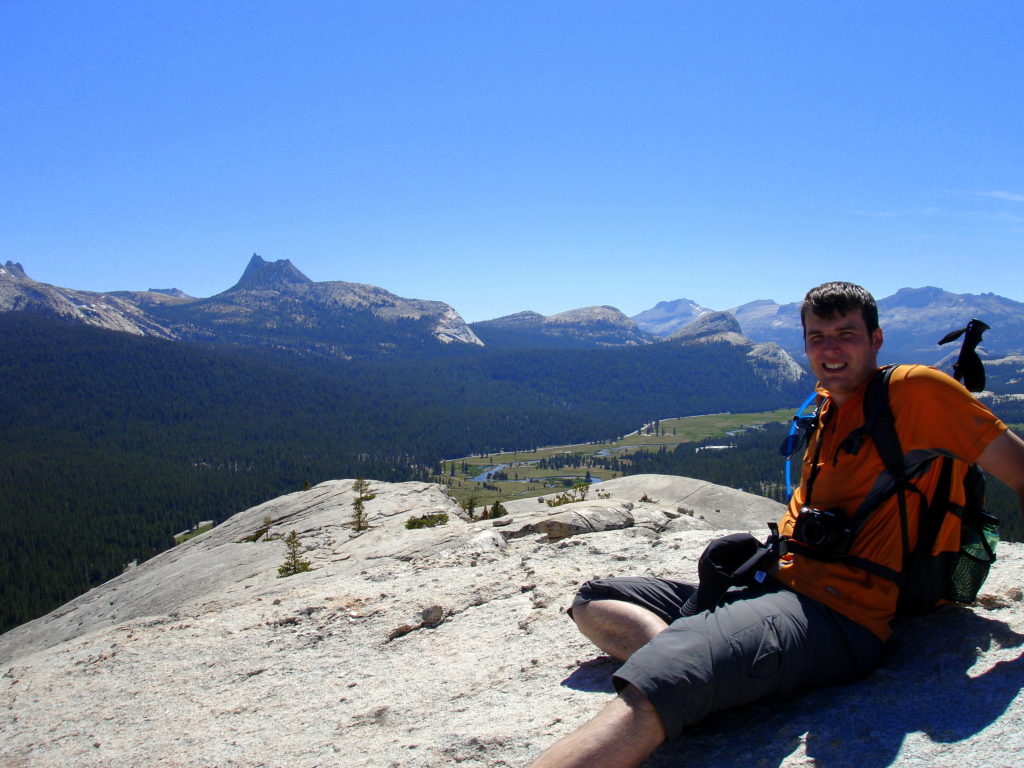 We got the bus back down to the valley and are here for a few days before continuing our trip. 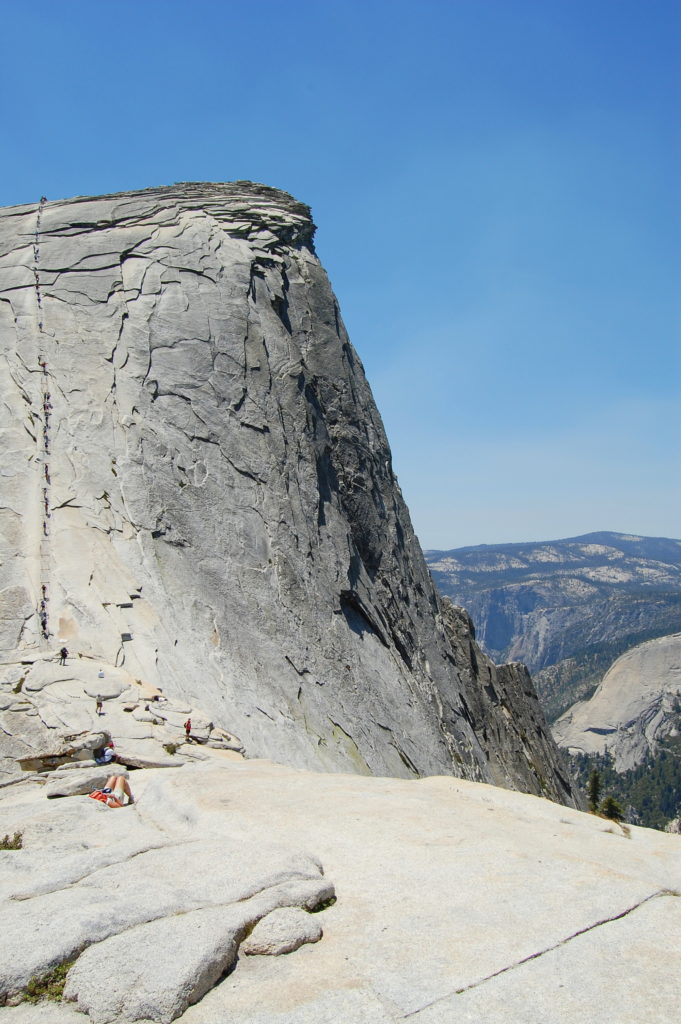 Coolest thing we did at Yosemite was the rock climbing which was really great and we highly recommend it for anyone who goes to Yosemite. We did it with the Yosemite Mountaineering School which have all the equipment and shoes (even my size) and show you the ropes, pardon the pun. 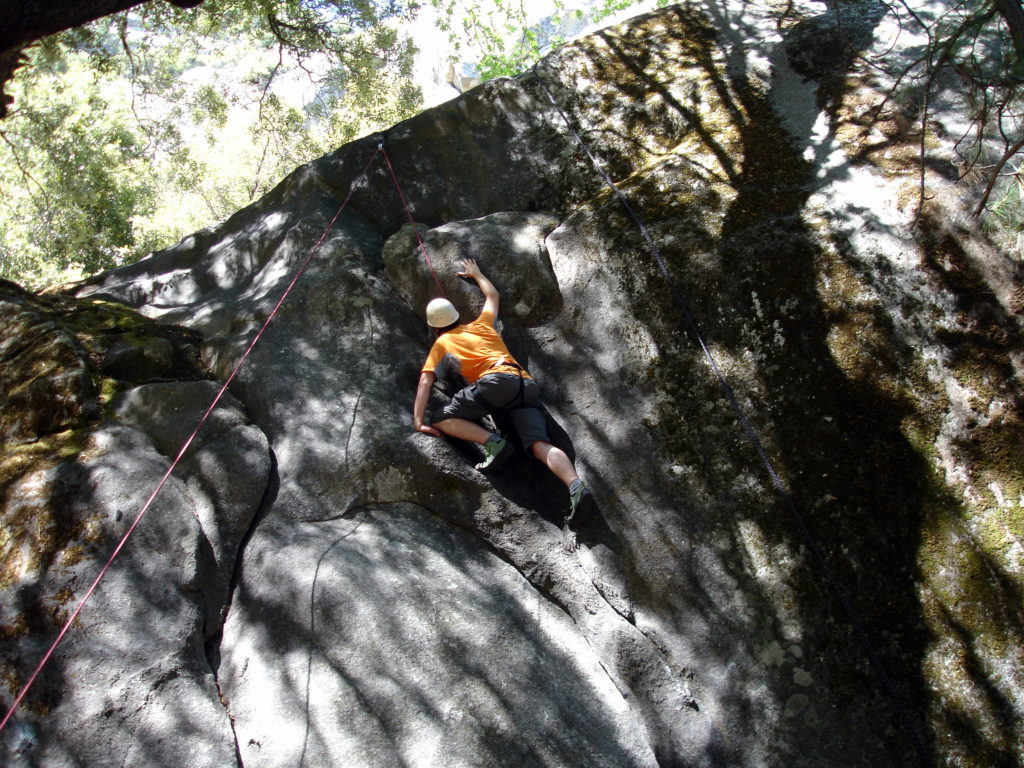